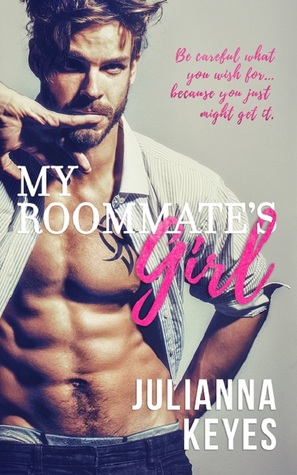 The day a judge gave me the choice between going to prison or going to college was the day I vowed to stop stealing. Never again would I see something beautiful and beyond my means and take it, just because I wanted it. Just because I could.

When I moved in with Jerry, it was with good intentions. I needed a place to live while I got my degree, and he needed a roommate.

Then I saw Aster.

Blond and beautiful, good, pure, sweet, smart…and Jerry’s girlfriend. She was everything I never thought I could have. Except…maybe I can.

So I put a plan into action. Yeah, I’d probably go to hell, but it would be worth it. I wanted Aster. I wanted her yesterday and tomorrow and every possible way.

But you know what they say.

Be careful what you wish for…because you just might get it. 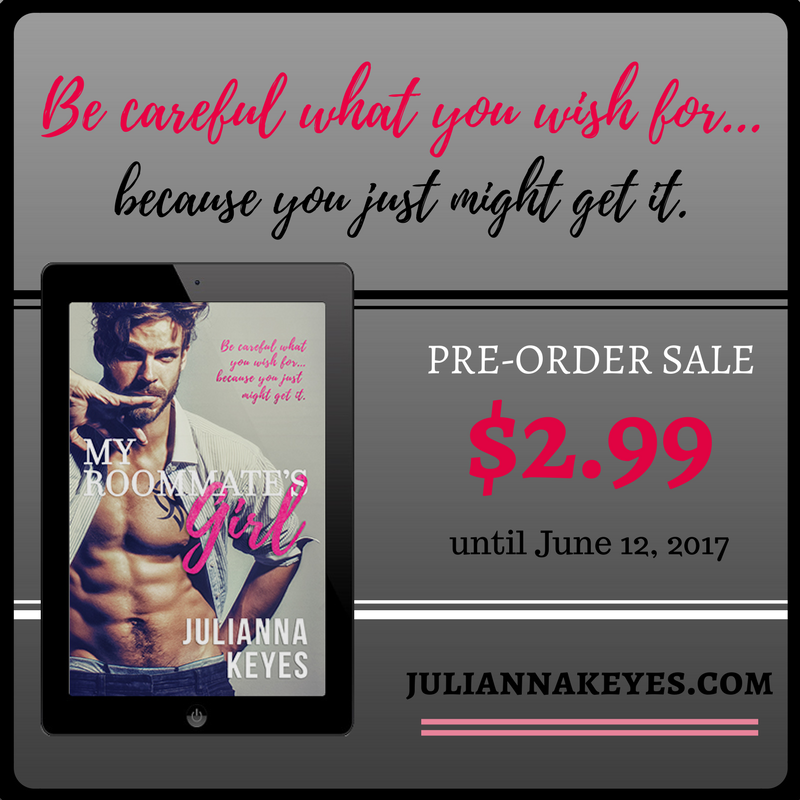 I check the time on the display. “Okay, driving lesson’s over. I need to buy sixty rolls of toilet paper, then we have to meet Jim in half an hour.”

Aster consults her watch, in case I’m lying about the time. “Dammit,” she mutters, reaching for the gear stick. “Okay, let’s go shopping.”

I reach over to pull out the keys. “You’re not driving near real people.”

“Because even though you’re so great at this, it’s only been one lesson.”

She thrusts out her lower lip and bats her lashes at me, but I’m not buying it.

She harrumphs but does so, and when she tries to pass me in front of the car, I loop an arm around her waist pull her close.

“Don’t forget to thank me for the lesson.”

She’s trying to look angry, but her mouth twitches. “I’ll thank Wes when I see him.”

“No! Don’t mention this to him. He doesn’t know I let my girlfriend drive his car.”

“Also,” I say awkwardly, face flaming, “I…kind of…think of you as my girlfriend.”

I see her gnawing on the inside of her cheek.

“But do you think of me as a good driver?”

Something inside of me softens and warms as I look at her. As I fall just a little bit more. “Am I going to get laid later?”

I’ve never been anybody’s boyfriend; never wanted to. And never, in my plan to make Aster mine, did I ever imagine I would be.

As a kid I’d wished on every star in the sky that my dad would stop gambling and we’d get our house back and our dog back and our things back. By the time I was twelve I knew wishes didn’t come true. I thought good things only happened to other people, people in the movies, make believe stories with a preordained happy ending. I didn’t think happiness was real, and I definitely didn’t think it was tangible, something you could hold, touch, feel. But now, as I slide my fingers through Aster’s hair and press my lips to hers, I see that I was the best kind of wrong. 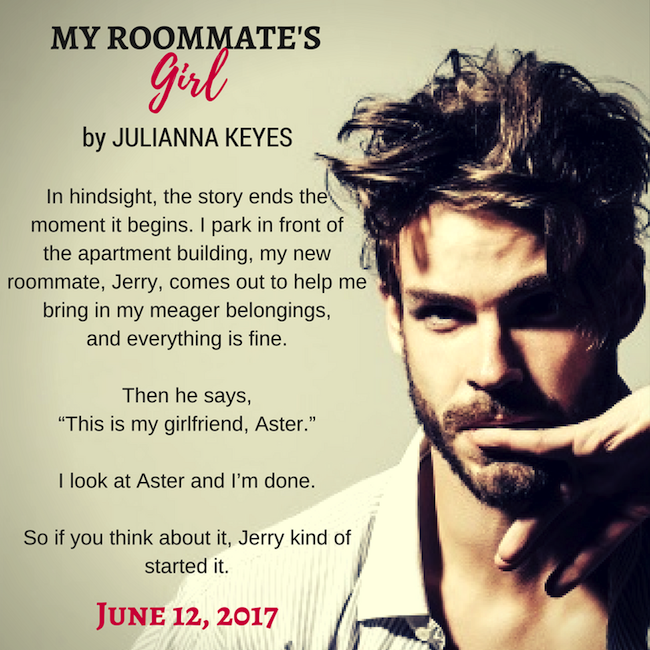 Julianna Keyes is a Canadian writer who has lived on both coasts and several places in between. She’s been skydiving, bungee jumping and white water rafting, but nothing thrills—or terrifies—her as much as the blank page. She loves Chinese food, foreign languages, baseball and television, though not necessarily in that order, and writes sizzling stories with strong characters, plenty of conflict, and lots of making up.

Excerpts, giveaways, behind the scenes tomfoolery – sign up for her very sporadic newsletter: http://juliannakeyes.com/newsletter.html.